In European countries, St Johnâ€™s Wort tablets, also known as Hypericum, are often prescribed for the treatment of mild depression. According to the authors of the present study, Hypericum prescription accounts for 25% of all antidepressant drug sales in Germany, and can be purchased over the counter in various countries.

One of the main issues therapists are faced with when prescribing synthetic Selective Serotonin Reuptake Inhibitors (SSRIS) antidepressants such as Fluoxetine (Prozac) is the poor patient compliance. When suffering from mild to moderate depression, patients often choose to endure the symptoms of the depression rather than deal with the numerous side effects of the SSRIs.

The purpose of Schraderâ€™s study was to evaluate the efficacy of Hypericum tablets compared to the efficacy of Fluoxetine for the treatment of mild to moderate depression. Both drugs were given for a period of 6 weeks, in a randomized, double-blind, and parallel group comparison. Patients were evaluated with the Hamilton Depression Scale (HAM-D) by trained physicians and diagnosed with mild to moderate depression according to ICD-10 standards.

Participants were 240 outpatients (65% females; 35% males) with a mean age of 46.5 years. Participants in the two groups were either given Fluoxetine (114) or Hypericum (126). Both groups yielded equivalent scores on the HAM-D scale. Hypericum active and placebo tablets were distributed along with capsules containing Fluoxetine or placebo, thus insuring treatment blindness.

To assess for efficacy of treatments, the researchers defined the protocol according to change from baseline (week 0) to endpoint (week 6). Thus, the efficacy of Hypericum would be considered equivalent to that of Fluoxetine if scores from the Hypericum group were less than 3.0 points of final mean HAM-D of the Fluoxetine group.

All participants were 18 years or older with a baseline depression score of 16-24 on the HAM-D scale, thus fulfilling the diagnostic criteria for mild-moderate depression. Researchers excluded from participation into the study all people with a history of alcohol or substance abuse or dependence, those suffering from dementia, severe intellectual impairment, history of seizures, glaucoma, pituitary deficiency, suicidal ideation, thyroid or parathyroidÂ pathology, Parkinsonâ€™s disease, as well as pregnant or breast feedingÂ women. Patients previously treated with Monoamine Oxidase (MAO) inhibitors or SSRIsÂ underwent a â€œwashoutâ€ period before participating in this study. Furthermore, concomitant treatments such as quinidine, anticholinergicÂ drugs, cimetidine, cardiac glycosides, neuroleptics, sympathomimetic drugs, MAO inhibitors, Tryptophan, and any other antidepressants, were not allowed during the study.

Results indicated no statistically significant differences between the two treatment groups. Thus, confirming the hypothesis that Hypericum is equivalent to Fluoxetine in the treatment of mild-moderate depression. After analyzing secondary variables, it was noted that patients in the Hypericum group demonstrated more improvement on the overall HAM-D scores than patients in the Fluoxetine group. Also, responder rate for Hypericum was greater than for Fluoxetine (60% versus 40%, respectively).

The analysis of safety favored the herbal remedy over Fluoxetine. Side-effect events were mostly reported in the Fluoxetine group (72%), while only 28% patients in the Hypericum group reported mild reactions. Reported events in the Fluoxetine group were agitation (7.9%), gastrointestinal disturbances (6.1%), retching, dizziness, tiredness, anxiety, and erectile dysfunction. Only 4.8% of patients in the Hypericum group reported gastrointestinal disturbances.

Responding to an increasing demand for natural remedies such as Hypericum and the need to substantiate the claims of its efficacy and safety, this study was conducted following methodological and strict protocol. Physicians involved in the evaluation of patients were rigorously trained in the use of all assessment scales, and only one scorer was allowed per centre. Furthermore, this study was conducted on a double-blind basis and all medication was encapsulated. Finally, medical attention was provided to ensure a washout period of all previous antidepressant treatment to avoid any interactions.

Statistical results not only corroborated the initial hypothesis that Hypericum was equipotent to Fluoxetine, but also indicated that Hypericum might be more appropriate to relieve symptoms of mild depression compared to Fluoxetine. This finding is extremely useful for clinicians who favor the use of safer alternatives to synthetic antidepressants.

This study confirms previous findings of tolerability of Hypericum under strict adherence to a double-blind format in an objective setting. As a result, clinicians treating patients with mild-moderate depression should favor the use of Hypericum, based on both its efficacy and safety.

This study was well designed and the sample size was large enough to yield significant results. The implications of the findings should be regarded as highly significant considering all the side effects and dangers associated to synthetic drugs. 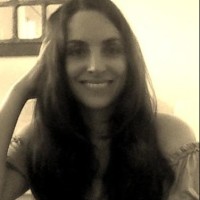 Stephanie A. Wakeman is an FSP (Swiss Federation of Psychologists) psychologist and a Sophrologue. She specializes in Energy Psychology, Hypnosis, and EFT (Emotional Freedom Techniques).